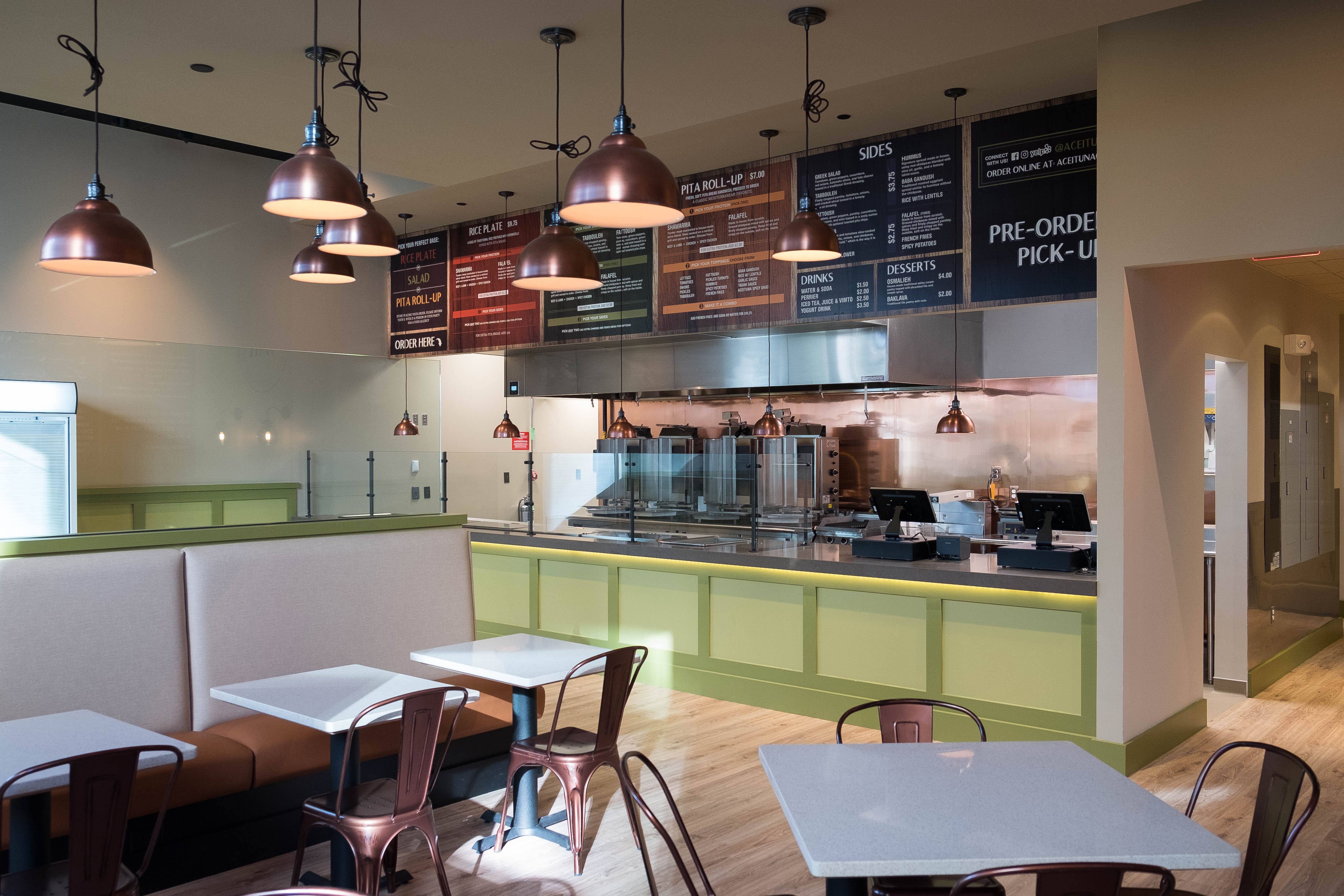 Siena Construction recently completed a restaurant build-out for Aceituna Grill in Boston’s rapidly expanding Seaport District. The restaurant features health-conscious Mediterranean and Lebanese cuisine in a casual dining environment with counter-service. Owners Gina, Andrew, AJ and Kurban and Samer Malak are building on the success of Aceituna’s first location, which has been a fixture in Kendall Square for over a decade.

Creating the restaurant’s kitchen involved installation of high-end restaurant kitchen accessories and cooking equipment including seven shawarma rotisseries, front and back of house hoods, large walk in cooler and freezer, as well as security and A/V systems. The overall back of house and kitchen footprint more than doubles the space of the restaurant’s existing location. The build-out also included plumbing from the active parking garage below, distribution of Fire Protection systems, installation of new Ansul systems, HVAC and Kitchen exhaust with specialty pollution control unit, and Electrical trades.

Siena’s Nick Durkee believes the team’s positive collaboration led to the ultimate success of the project.

“It was a pleasure to work with the creative design team at McMahon Architects to realize the space for the ownership team,” Nick said. “The complementary design and finishes create a comfortable and inviting dining atmosphere. I’m sure Aceituna will quickly become a new neighborhood favorite as a go-to place for great cuisine. I hope Aceituna Grill enjoys their new space.”

Aceituna Grill’s new Seaport location is slated to open for lunch and dinner at the end of December 2016.